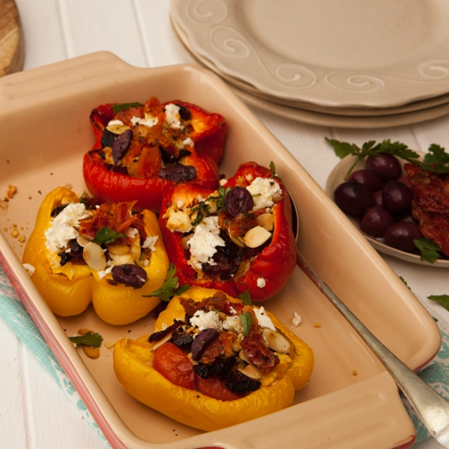 Put the oven on the grill setting. Microwave the peppers on a plate on medium for 5 minutes, until almost soft. Place then on a baking tray, cut-side up.

Meanwhile, put the couscous in a bowl and cover with 250ml boiling water mixed with 1 tsp of vegetable stock. Stir, cover the bowl with cling film or a plate and leave it to stand for 5-10 minutes.

After that, stir the couscous with a fork to break up the grain and drizzle with the olive oil.

Mix in the pine nuts, olives, crumbed feta and the chopped tomatoes.

Season the stuffing with salt and freshly ground black pepper, to taste.

Fill the peppers with the couscous stuffing and grill for 15 minutes, until the cheese is browned and the peppers are soft.

Garnish sun-dried tomatoes and drizzle with some more olive oil before serving. 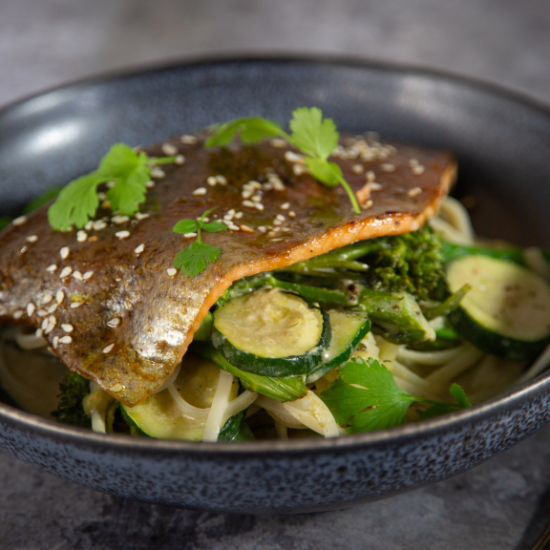 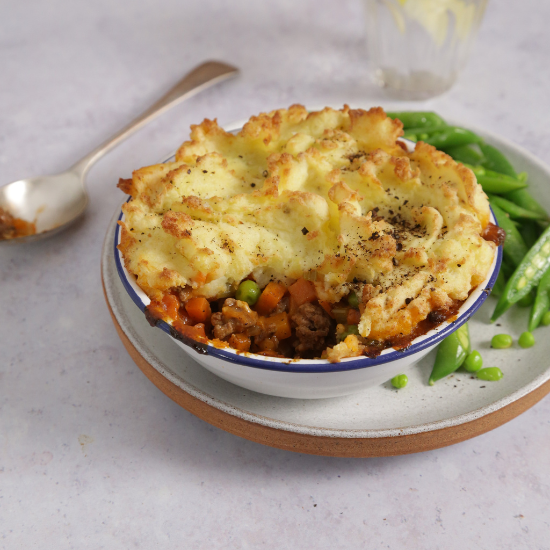 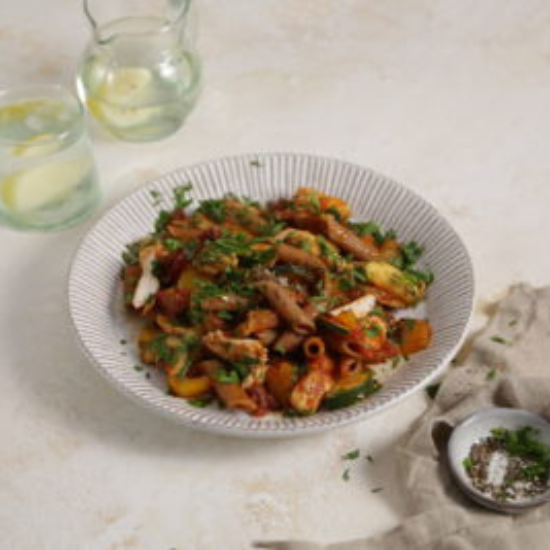 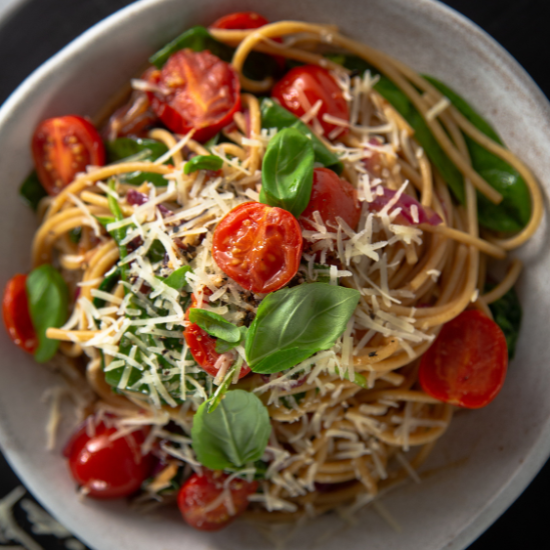